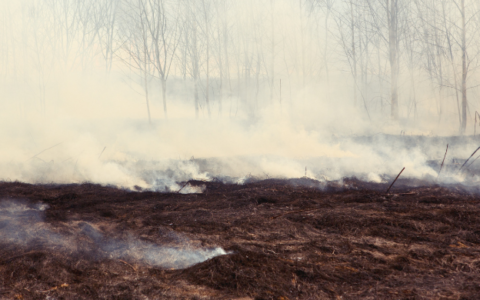 From Prof. Ken Sundet Jones: Can We Save the Church from Decline?

In The Premonition, a new book about American public health officials in the early months of the COVID-19 pandemic, Michael Lewis contends that decision-makers consistently disregarded indicators that warned of the situation being vastly more urgent than they imagined. He says that, in the face of exponential growth, their data was weeks out of date. The picture was never as rosy as they’d hoped. And their decisions were far behind the curve.

In describing officials’ inability to grasp the on-the-ground reality of the increasingly dire health crisis, Lewis cites one of my favorite books: Norman Maclean’s Young Men and Fire. In it, the author of A River Runs Through It traced the path of fifteen smokejumpers in 1949 who faced an exploding forest fire in Montana’s Mann Gulch above the Missouri River. By the end of the fire-fighting day, the steep slope had burned to its crest, and all but three of the crew lay dead.

Looking back four decades later, Maclean established a timeline for the tragedy that shows the smokejumpers consistently thought the fire situation was less extreme than it actually was. They believed they had more time to do their work and reach safety. At 5:30, for instance, the smokejumpers made decisions based on what the situation had been ten minutes earlier. The fire had crowned in the treetops and was moving faster than they could run uphill with heavy packs and hot smoke filling their lungs.

Continue reading the full article here: IT’S 5:44, AND THE CHURCH IS ON FIRE