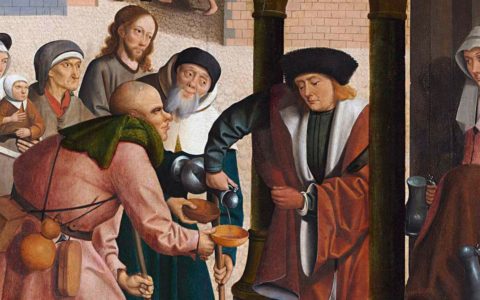 I have a confession to make: I like the Cobra Kai series on Netflix, which is an extension of the Karate Kid movie series from the 1980s. In saying that I like Cobra Kai, I admit that the series is shallow, offensive, and the acting is not very good. However, the series plays on nostalgia for me because I was a child when The Karate Kid series began. This nostalgia is so strong that I even find myself crying during some of the episodes.

For all that is wrong with the series, there is one strong point, namely: it gives you a front-row seat on what life looks like when your motto is, “No Mercy!” A life without mercy is hardly a life.

In Psalm 51, we find David in need of mercy. If you remember, David had committed adultery with Bathsheba and she became pregnant. David tried to cover it up by having Bathsheba’s husband murdered. David thought he had gotten away with it until the prophet Nathan confronted him. At that moment, David was caught in a lie and was truly convicted. In his despair he pleads with God:

David knows that if he has any chance before God, it will be because of God’s mercy. That is why he does not begin by saying, “Most just God…” Instead, he says, “Most merciful God….” If we are going to have any chance with God, then God must be merciful.

As we enter Lent, we are entering into a time when we see the length of God’s mercy. Ultimately, it leads to a cross.

During Lent, we will have special services that help prepare us for Easter. We have Ash Wednesday, mid-week Lenten services, Maundy Thursday, and Good Friday. We will also have a special offering that will be collected to build up the Mercy Fund at the church. This is a fund that helps people who find themselves in tight places and need help to move forward. You will hear more about the services as well as the offering opportunity.

Through this season, it is my hope that each of us would be drawn to the cross and there we would see God’s great mercy.